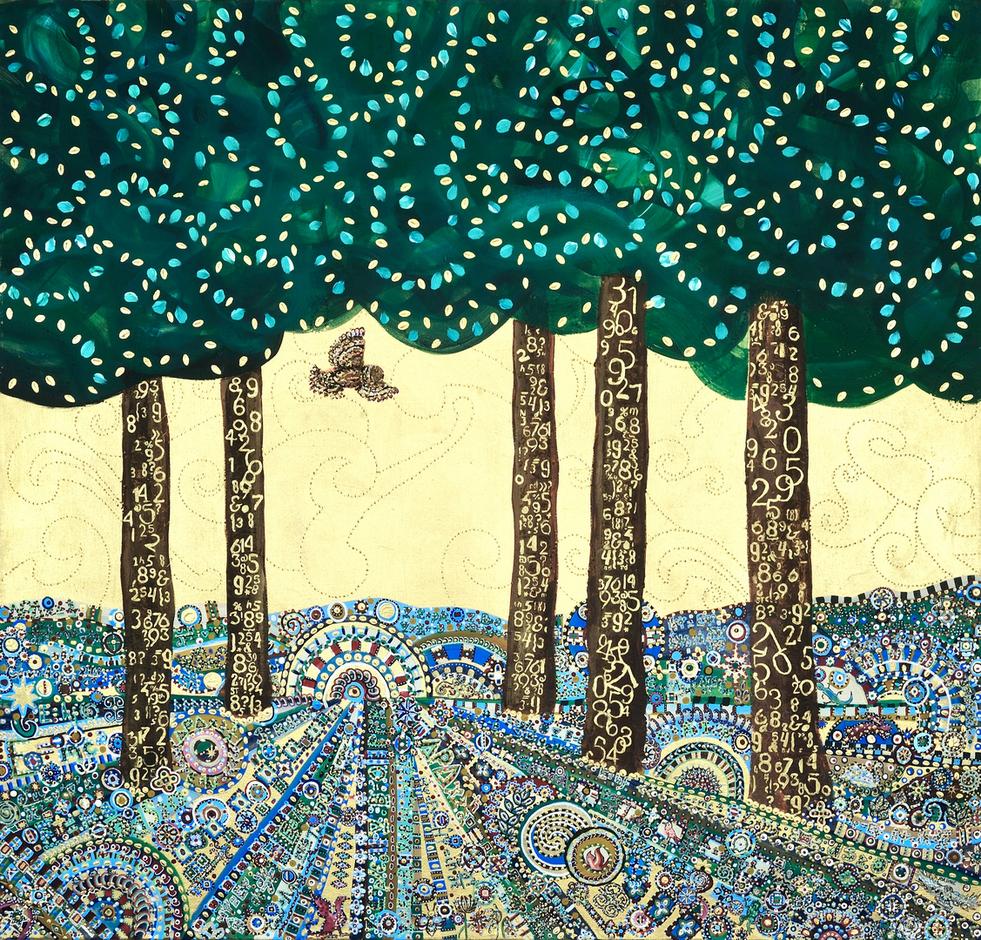 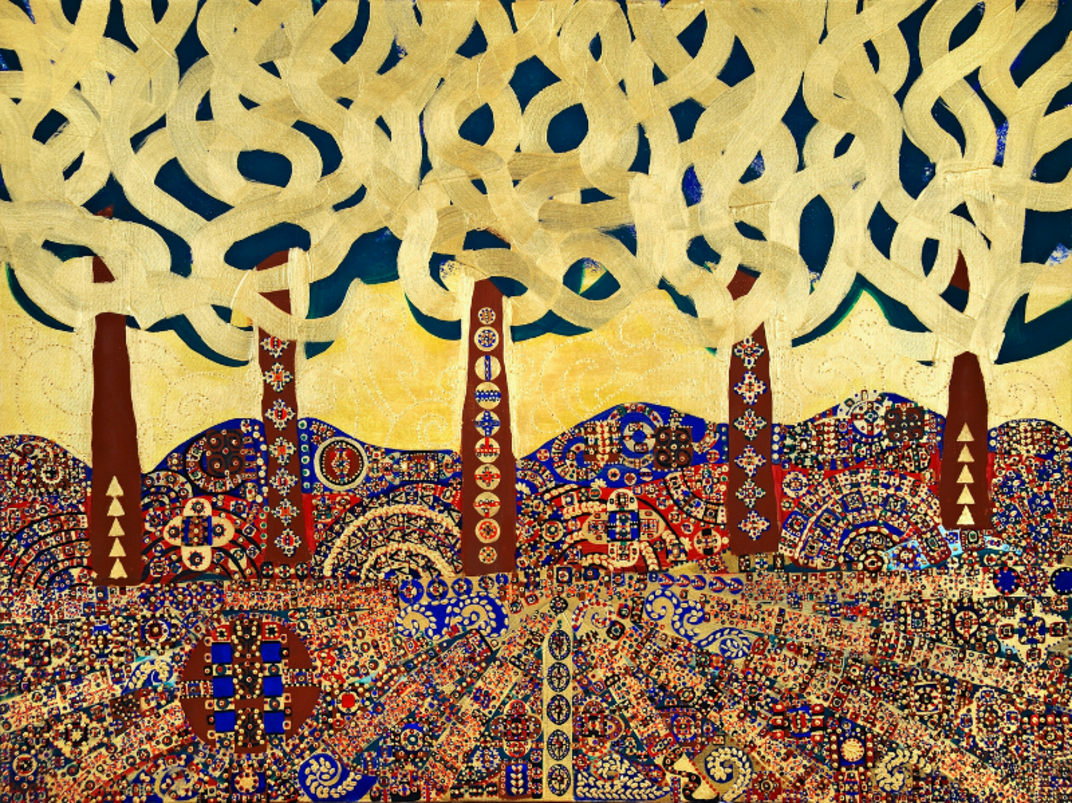 "The Square Root of Minus One" acrylic on canvas, 11x14, 2016, The square root of minus one led to the creation of complex numbers and is the basis of quantum mechanics.   It is used in complex mathematic theory and electrical engineering.  Since electrical lighting and digital cameras could not have been invented without using complex numbers, I embedded a light bulb and digital camera.  Because the equation was originally posited in the 16th century by Girolamo Cardano, a rogue, scholar and gambler, I included a jester’s hat and a heart, club, spade, and diamond.  He also invented the combination lock.   You can see the magnetic field of a bar magnet derived using complex analysis in the upper left quadrant and the complex plane as envisioned by Wessel, Argand and Gauss in the upper right. ​SOLD

Other paintings in this series available on request.

“Maxwell’s Magical Fields”  36”x48” acrylic on canvas celebrates James Maxwell’s equations on electromagnetism, which triggered a social and technological revolution.  They led to the invention of radio, radar, television, the telephone, wireless connections, and most modern communications systems.  Equations and proofs of Faraday and Maxwell are embedded throughout the roots of the trees.  The jewelled elements on the tree trunks are symbols related to change, knowledge, learning, and wisdom.  SOLD 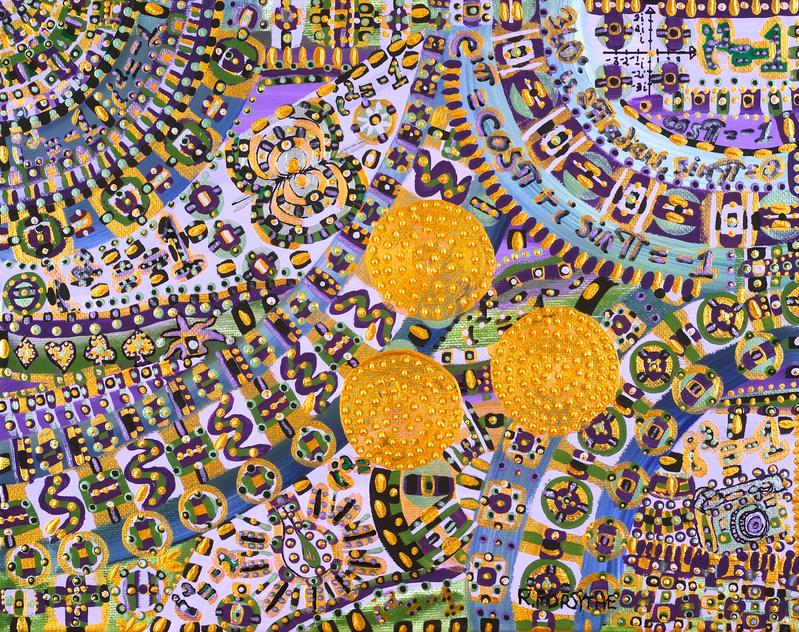 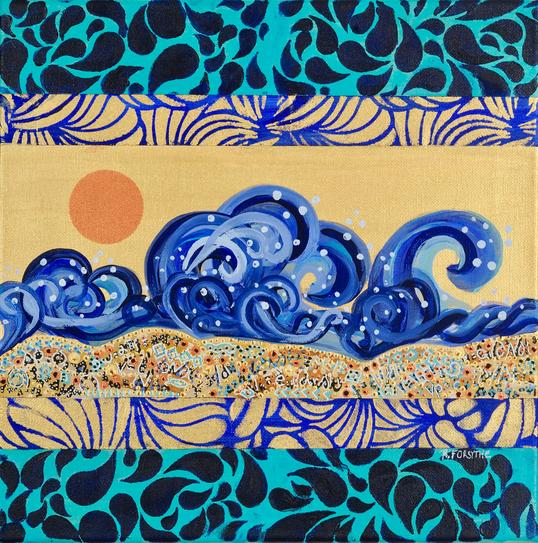 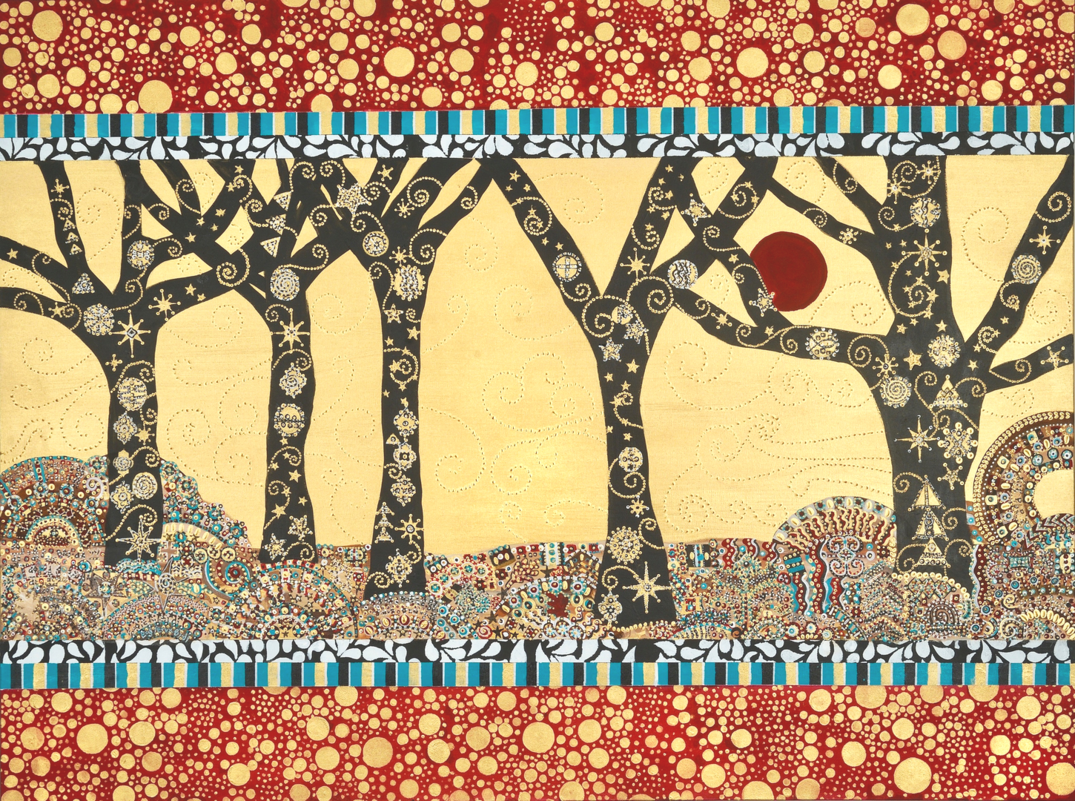 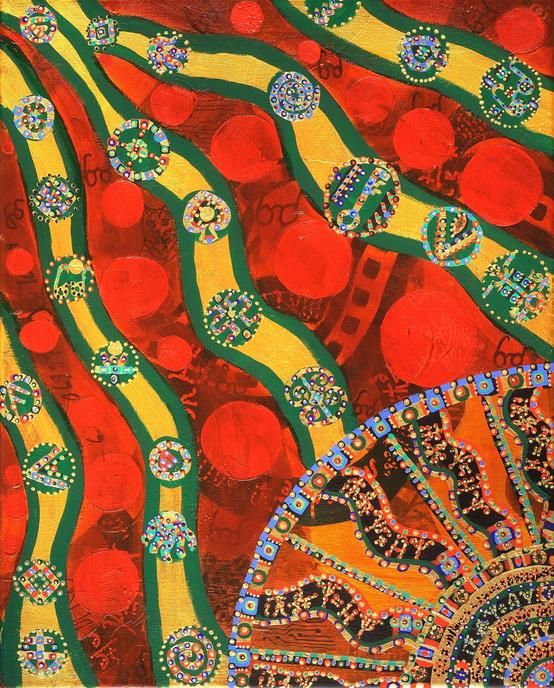 "Seventeen Equations That Changed the World​"  flashe and acrylic on canvas, 30"x40", 2015, includes symbols from different cultures for wisdom, learning and knowledge.  The math and science equations embedded at the roots of the trees include, among others, Newton's law of gravitation, Euler's formula for polyhedra, the Navier-Stokes equation, and Einstein's theory of relativity.  Mathematician Ian Stewart included these particular 17 equations in his book In Pursuit of the Unknown. The trees represent the arbor philosophica -- to plant the philosopher's tree is to stimulate the creative imagination. ​ Chosen by the Art in Embassies program for exhibition at US Embassy in Amman, Jordan 2021-2023

"The Beauty of Physics​"  acrylic on canvas, 40"x41.5" Features ten equations chosen by top physicists as the most beautiful equations in physics.  Also includes 24 symbols of learning, knowledge, and intelligence.  Among others, the equations include Einstein's energy mass-equivalence, Newton's second law, Maxwell's equations, Heisenberg's uncertainty principle, and Boltzmann's entropy formula.

"The Schrodinger Equation​" acrylic on canvas, 16x20, 2015, shows the wave-like behavior of atoms (the dual nature of matter).  Painting also shows two quantum states (one in green and the other in its opposite color red).  As a humorous reference to Schrodinger's famous cat analogy, you can also see the cat along with Schrodinger's round eyeglasses.  Planck's constant is also embedded in the ornament in the lower right corner, which also shows that total energy for a given frequency is finite.  The particles in the waves contain numerous wisdom, learning symbols (including an Egyptian hieroglyph, east African adinkra symbols, nordic runes, etc.​​​​  SOLD