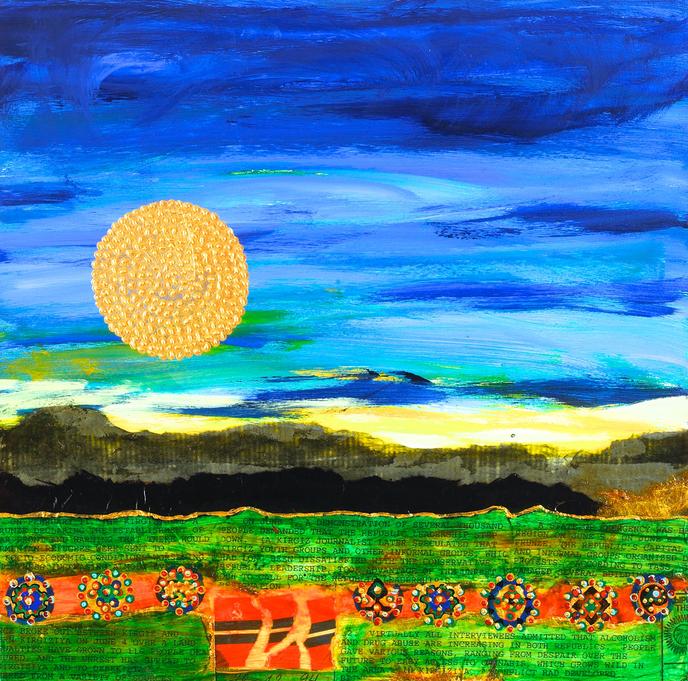 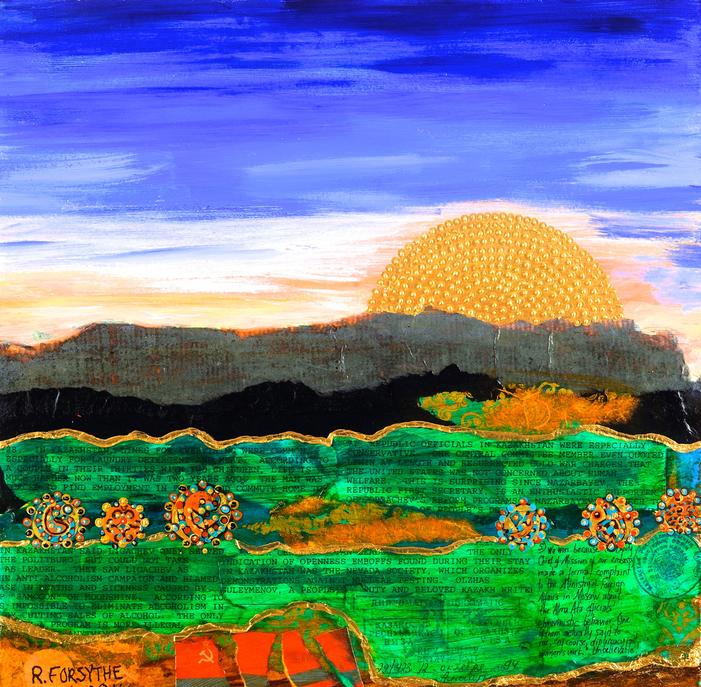 Other paintings in series available on request. 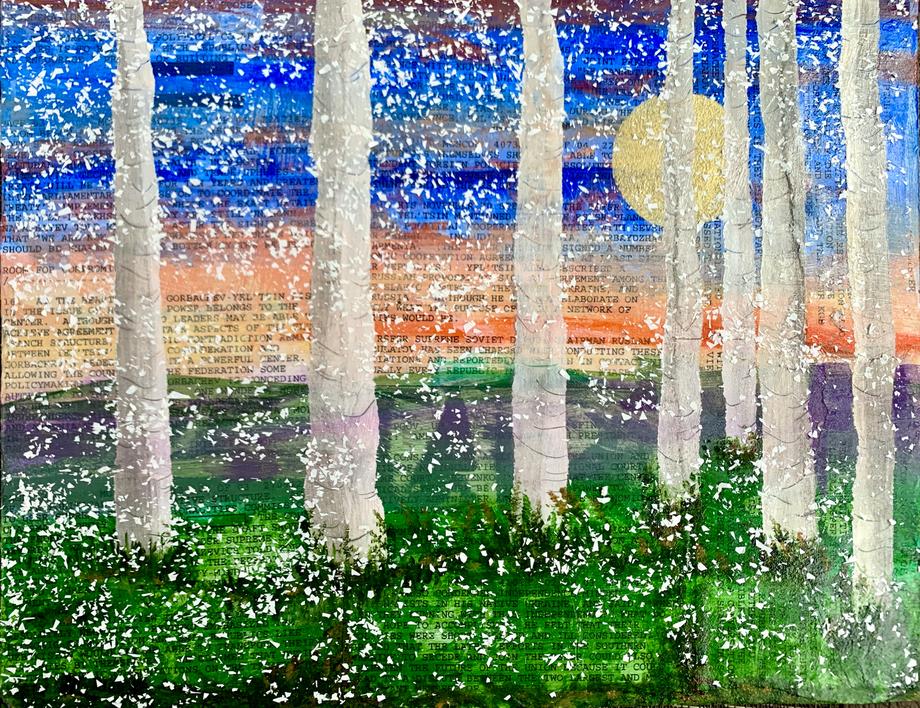 EMPIRE TWILIGHT:  A MEMOIR IN PAINT

This series includes mixed media paintings incorporating my officially declassified diplomatic reporting cables and memorabilia from 1989-91 when I was a US diplomat covering the dissolution of the USSR.  Twilight and autumn are metaphors for the end.  My own photos, texts of interviews with republic leaders, opposition figures, and many other economic, social and political figures from that time are woven into these abstract landscapes.  The series includes 16"x20" paintings of each region, 12"x12" paintings of each republic, and several large works (30"x40" or larger) featuring discussions with all the Republic leaders as they tried to understand and grapple with these historic and momentous changes.  Below are examples from that series.